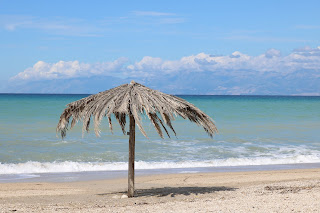 Well it's been another glorious week weather-wise. Whilst I've long since accepted one day seems to roll into another, all that glorious sunshine certainly brings a holiday vibe to daily proceedings.
When it comes to vacations, we are not accustomed to booking months and months in advance. I think, we could be described as opportune travellers and even our air flights to New Zealand have generally only been reserved 8 or so weeks beforehand.
However, last year, following on from that wonderful tour around Albania back in 2015 and totally contrary to all instincts, we booked a trip to Montenegro leaving on 17th June. With our EUrevoir travels abandoned or postponed as a consequence of the pandemic, Montenegro has been the little gem to look forward to. Except, obviously, like every other foreign traveller at the moment, the anticipation has been countered by trepidation, not least when I read that its health system is regarded as below par for Europe.
Consequently, I signed up for…
Post a comment
Read more

Stay at Home or Not 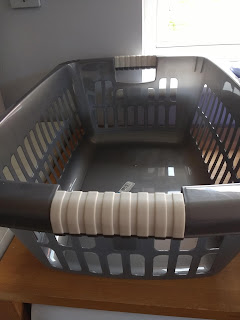 I'm not sure which is worse: blatant lying, government by slogans and mantras or sheer cronyism. It doesn't matter really; they all treat the public as fools.
It's ridiculous when you think about it because the public, all the way through the current crisis, has shown great patience and understanding. Both, of course are undeserved by a Government that has done a very good job only in giving the impression that it's been acting too late every step of the way or alternatively hasn't had a clue what it is doing by making up strategy (and now it would seem interpretation of its own guidance) as it goes along.
I think it's fair to say that over the last 48 hours frustration has finally bubbled to the surface. For the first time this afternoon,  I have seen sensible and intelligent neighbours begin to flout the restrictions and who can blame them?
After all, where is the sense, for instance, in being able to meet another person in a public place so long as you keep 2 …
2 comments
Read more 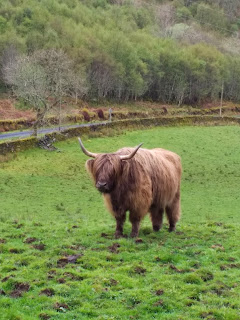 I started lockdown with all kinds of good intentions regarding exercise but a couple of weeks ago I started to cheat. Preferring to stretch in Pilates and Yoga sessions, I neglected HIIT and weights sessions.
With my gym membership I have access to an App that invariably tells me that my lifestyle is very active. Had I logged into it last week, I'm sure it would have told me that my lifestyle is now comatose with nothing recorded to persuade it otherwise.
The truth is, I need a class booked and a Gym Instructor breathing down my neck to really press myself. With indoor leisure activities likely to be the last to re-open, there was no choice; drastic action was needed. I have bought myself a cattle prod!
Well that's not quite true, not the cattle prod bit anyway. It's actually a Fitbit but when I read that it would issue an alarm every hour if I hadn't moved, I did have visions of being subjected to electric shock treatment courtesy of the humble farmer's prodder.
Perha…
4 comments
Read more 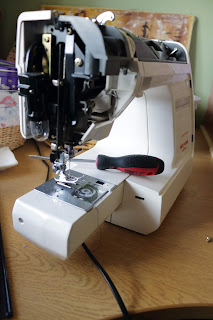 I thought I would make an attempt at fixing my sewing machine today. Whilst scrolling for a service instruction manual, I came across an advert for the same model on Ebay two years ago; it raised £16, so whilst it is clearly old, it is not an antique. I also never found a manual on the basis that it was too old to even feature amongst Janome/New Home's retired machines. I concluded, therefore, that I had nothing to lose by opening it up regardless.
Married to an engineer, one may of course wonder why I didn't use my powers of persuasion to involve him. The truth  is his reputation precedes him following an incident quarter of a century ago when, in an effort to dismantle a video recorder to remove a stuck tape, he ended up taking a hammer to the whole thing.
My aim this morning was to free a wedged stitch-length dial and see if there was anything that might feasibly resolve an inoperable reverse-stitch lever. I have to say that whilst I ended up very impressed by the build quali…
4 comments
Read more 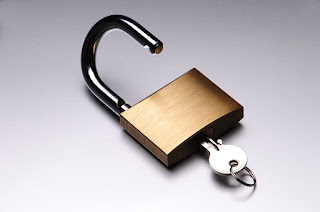 Unlocked! Well that's what some would have us believe. Of course, it's not true although there has been encouragement for those not in the prohibited sectors to start working again.
In fact some poor soul in a cold call centre had obviously taken the message to heart, because we received our first telemarketing call for weeks this morning with him trying to persuade me that I could have a free boiler.
"Do you have a boiler at the moment?" he asked.
"No," I responded, fingers crossed behind my back or whatever it is you are supposed to do when lying through your teeth because you can't simply be rude and put the phone down. Well you can, but chatting to a random stranger felt like a unique occasion after all these weeks of silence.
"Then do you have calor gas, paraffin or night storage heaters?" he queried.
"No," I replied, fingers slackening my grip as I told the truth.
"Whatever do you do to heat your home?" he enquired gingerl…
4 comments
Read more 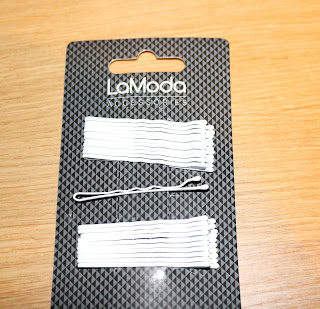 Well with the indication this evening that anyone returning to the UK is going to face 14 days' quarantine (better to introduce this restriction late than not at all, some might be saying), I think we can safely assume that this summer's travel plans are now well and truly scuppered.
Sadly it's reached the stage where the common old hairgrip travels more than I now do and  I state this fact with experience and knowledge.
Earlier last week I was struggling to decide how best to deal with my daredevil hair that seems determined to escape from behind my ears, every time I so much as turn my head. I came up with an ingenious solution in the form of hairgrips and spent the next couple of hours searching our home, convinced that we must have one or two lying around somewhere. I confess that I can't recall using them myself since I had long hair back in my teens but was certain that I'd seen the youngest with some during a phase of piling her locks up high. If she ever had…
4 comments
Read more

Partying with the Vegetables 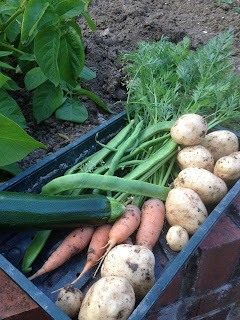 Yesterday was, of course, the 75th anniversary of V.E. Day and, whilst I don't want to come over all Grinch-like, it provided the perfect ruse for thousands to defy the lockdown restrictions, breach social distancing guidelines and simultaneously fly the Union flag. Whether they did so because of a desire to party, to honour the war dead across Europe during the Second World War or simply out of jingoistic fervour, I neither know nor care. In fact there were probably many who had seen the headlines on the front pages of Thursday's newspapers and thought we were out of lockdown for the Bank Holiday anyway.
Victory in Europe (not over Europe as the Daily Fail inappropriately printed in a souvenir offer recently) signified the end of a dreadful conflict across the continent some 3 months ahead of the armistice on 14th August 1945 (V.J. Day). More than 70 million people across the world lost their lives during that war which I think puts the ridiculous comparisons with the current …
2 comments
Read more
More posts