Showing posts from November, 2018
Show All

Knowing When It's Time to Hang up your Keys 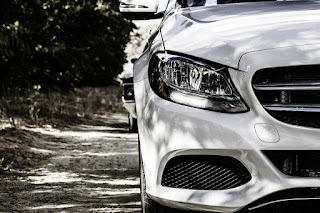 I had intended to settle down and write a blog post about our short trip to Madrid. Instead events have intervened and I fear it's time for another rant. So this post is a way of ousting the irritation for me, although you are welcome to read it. This afternoon I was driving home after a lovely lunch with my "muscle mates" (slight exaggeration but I think they are due a promotion from "gym bunnies"). Unfortunately I entered our village just as the children were finishing the day at the local primary school. To reach home I have to pass the inevitable 4x4's and little hatchbacks vying for parking spaces as Mums wait for their offspring to exit the gates. The situation is made worse by a bend in the road and cars parking and manoeuvring regardless.  However I proceeded carefully through the melee and around the bend where on my side of the road the lay-by provided for parking for the school was fully occupied but the highway itself was free of
4 comments
Read more 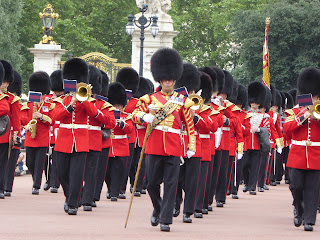 I doubt if anyone could describe me as a Royalist. On the other hand, I certainly don't identify myself as a Republican or even anti-monarchy. Back in the annals of history I guess my ancestors had that choice to make during the English Civil War. Now matters have long since been resolved through the sovereignty of Parliament and curtailment of the role of the monarch, it's hardly necessary to voice an opinion unless you venture into a debate on the value versus cost of the Civil List. My brushes with Royalty have, therefore, been few and far between.  There was, however, a strange sense of affinity when a Frenchman in a bar in Brittany many years ago insisted that Mister E had to be Prince Charles. One pastis too many perhaps, but then there was also the instance in Malaysia when locals insisted that we pose with them for photographs which they told us they were going to show to their friends whilst telling them they had met members of the British Royal family
2 comments
Read more 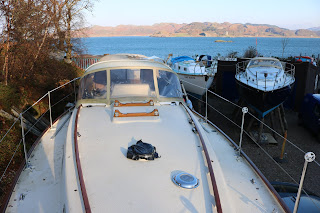 It's been a little while since I last posted a blog entry about our restoration efforts but after returning from what I anticipate will be our last trip to the boatyard this calendar year, it seems an appropriate time to bring you up to date. The engine awaiting connection The new bright red engine and associated mechanical parts (note my lack of technical detail) were finally commissioned in September when the boat was launched off, passed her float test and returned to the yard so that we could continue working on her. The new propeller The gas cooker has been rehung, the gas locker properly vented and the topsides have  been repolished and minor defects on the deck reglassed. The new toilet, an automatic bilge pump and the replacement seacocks have all been fitted too. In August we began to paint inside the lockers but the temperature is now against us in this connection, meaning that painting and varnishing are instead a project for 2019 although
Post a Comment
Read more

The Power of Positivity 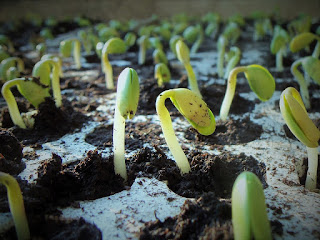 Yoga yesterday heralded another session for personal growth when our lifestyle guru steered us into an imaginary garden and encouraged us to nurture seeds of positivity rather than weeds or negative thoughts. She urged us to connect an adjective expressing a commendation for ourselves to the words: "I am." I'm not sure that it was her intention but by the end of the session I had awarded myself numerous accolades, some of which I am far too modest to list, but otherwise I can share that I am: happy, healthy, loved, relaxed.... True or not, it is certainly a fillip to one's self-esteem to recite your accomplishments to yourself. Try it by telling yourself that you are beautiful; it certainly brings a smile to your lips if nothing else. Sometimes even in retirement we need a boost and of course it is no longer going to come from a promotion or payrise, let alone a bouquet of flowers from a grateful client. Compliments from family and friends a
4 comments
Read more 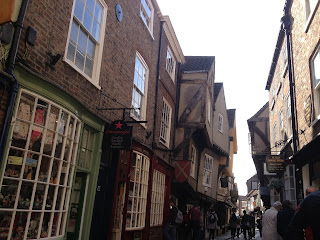 My journey of discovery across Planet Retirement has demonstrated a desire to live simply , liberating myself of extraneous stuff to concentrate on the important matter of enjoying a purposeful life. Millennials, placed in a position where we are told they will never afford to buy their own homes, are doing likewise, refusing to accumulate a myriad of possessions in their rented rooms and preferring instead to spend any spare cash on travelling. At least  they are certainly going to transition into retirement easily when their time comes. Figures reported yesterday, however, show that the closure of high street shops continues unabated. Walk down any main street in my locality and the number of premises boarded up or occupied by charities is alarming. With the failure of  multiple big names in recent months, it is clear that the change in retail therapy patterns is having an effect. Obviously parking issues and online shopping are creating some of the impact but so too it
2 comments
Read more 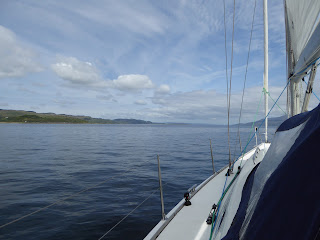 Continuing the boat theme in my last blogpost, I thought I would mention Sea Hero Quest .  Becoming disoriented is one of the earliest signs of dementia apparently. Neuro-scientists from University College London and the University of East Anglia, seeking to devise a test to detect the early indications of Alzheimer's, invented a game called Sea Hero Quest in which players endeavour to navigate their way at sea. Millions have played it and it transpires that one outcome of the research linked to the game is that men are reputedly better at navigating the oceans than women! All that effort when they could just have given me a call. Certainly I can vouch for Mister E's innate ability to find his way across hundreds of miles of empty ocean. However, had the game been called Road Hero, I wonder if the results would have been the same. Even with a SatNav in his car, my husband has a curious inability to find his way from A to B. Fortunately, as he has always s
4 comments
Read more
More posts